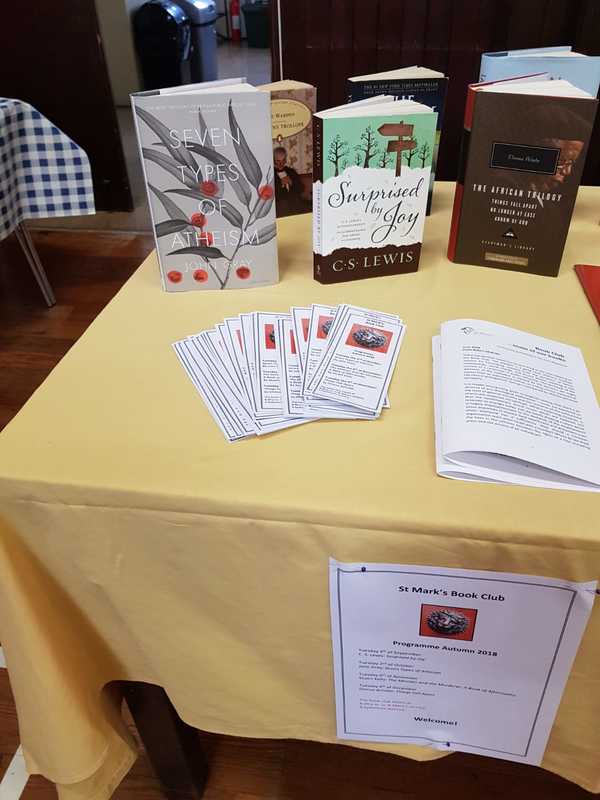 Book Club: Meets on Tuesday at 8.00 pm in the Rectory.
3 September   Shirley by Charlotte Brontë. Shirley is Charlotte Brontë’s second novel, first published in 1849. (Her first one was Jane Eyre.) Set in Yorkshire during the early 19th century, during the Napoleonic Wars and the Luddite uprising, we meet a strong woman who shows passionate loyalty to the Anglican Church. History, politics and romance drawn together into an interesting story.

1 October       The Towers of Trebizond by Rose Macaulay. ‘“Take my camel, dear,” said my aunt Dot, as she climbed down from this animal on her return from High Mass.’ A wonderful opening line in a book which takes an eccentric group of people on an adventure from Istanbul to Trebizond. The combination of a Church of England cleric, a camel riding woman who attempts to convert Turkish women to Anglicanism and a love story, promises a humorous read.

5 November    Joy by Abigail Satamaria. Meet Joy Davidman, the poet and seeker who captivated C. S. Lewis. This is a biography that provides a deeper and fuller picture of the American woman whose contact with Lewis began with a letter seeking spiritual advice. These pages capture Joy’s life as mother and novelist, who explored different religions before becoming a Christian. In 1952 she embarked on a journey that would change hers and C. S. Lewis’ lives.

3 December    Excellent Women by Barbara Pym. A novel written with warmth and wit, depicting life in London during the 1950s. The arrival of the Napiers brings change and flair to the mundane life of Mildred Lathbury. We meet a colourful group of men and women, all depicted in a comical way – which somehow seems to be more vital than the plot.